Much of our discussion of new technologies – particularly artificial intelligence, machine learning, and the Internet of Things (IoT) – revolves around how they will replace frontline workers. And while that may eventually come to fruition, it looks like it won’t be happening anytime soon.

So today, we’ll shift our focus to the short term: how will these technologies transform the workflow of these workers, particularly in the manufacturing industry?

Changing the frontline of manufacturing

Frontline worker are poised to play a key role in transforming manufacturing in the coming years.

When we discuss ‘frontline workers’ in the manufacturing industry, we mean workers directly involved in the hands-on manufacturing or transformation of a product, such as field maintenance workers in the energy sector. In manufacturing operations, this includes entry level, as well as senior production workers such as skilled fabricators, machine operators and supervisors.

These workers have the potential to generate massive amounts of data thanks to IoT. The number of IoT endpoints – the collection of connected sensors, nodes and devices that generate data – will nearly double in the next five years to 13.8 billion. This will lead to the amount of new IoT data more than tripling, to over 11 million petabytes, by 2024.

Within enterprise IoT, the industrial segment (which includes manufacturing, construction, and mining devices and machinery) accounts for a majority of total data generation, at 56% in 2019 and a projected 33% in 2024.

This IoT data will be leveraged primarily via mobile applications and digital forms.

Examples of mobile applications for manufacturing 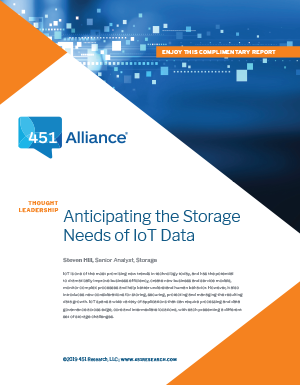 Additionally, it has achieved faster and more accurate shipping of finished goods using a barcode-scanning mobile app in its warehouse. Capturing data digitally allows for data analytics that can lead to improved preventive maintenance and reporting for audits.

Similarly, the mobile app developer Webalo partnered with a manufacturer to roll out apps to notify frontline workers immediately when new production schedules are released. The staff have the ability to view the current schedule, and even annotate and comment on the schedule to provide real-time feedback to the production planners. This app ensures the plant is operating efficiently against the right schedule, and that the workforce can be optimized accordingly.

Examples of digital forms in manufacturing

Unvired partnered with another manufacturer with the goal of enhanced safety for its production workers on the plant floor. They developed digital forms to replace over 20 paper ones, sending the data captured directly to the plant maintenance department.

When technicians notice a leak or a defect in an asset, they can create a notification directly from the digital form. With digital data collection, report generation is an easy task that can lead to trendspotting and future planning.

These are just a few examples. Many new mobile applications, IoT endpoints, and digital forms should be hitting the factory floor in the years ahead, and transforming the manufacturing industry.